Just added to your cart

February 23, 2021
“Cannabinoid” is a big word that’s FULL of health benefits.
What is it about this chemical compound that makes it so special? 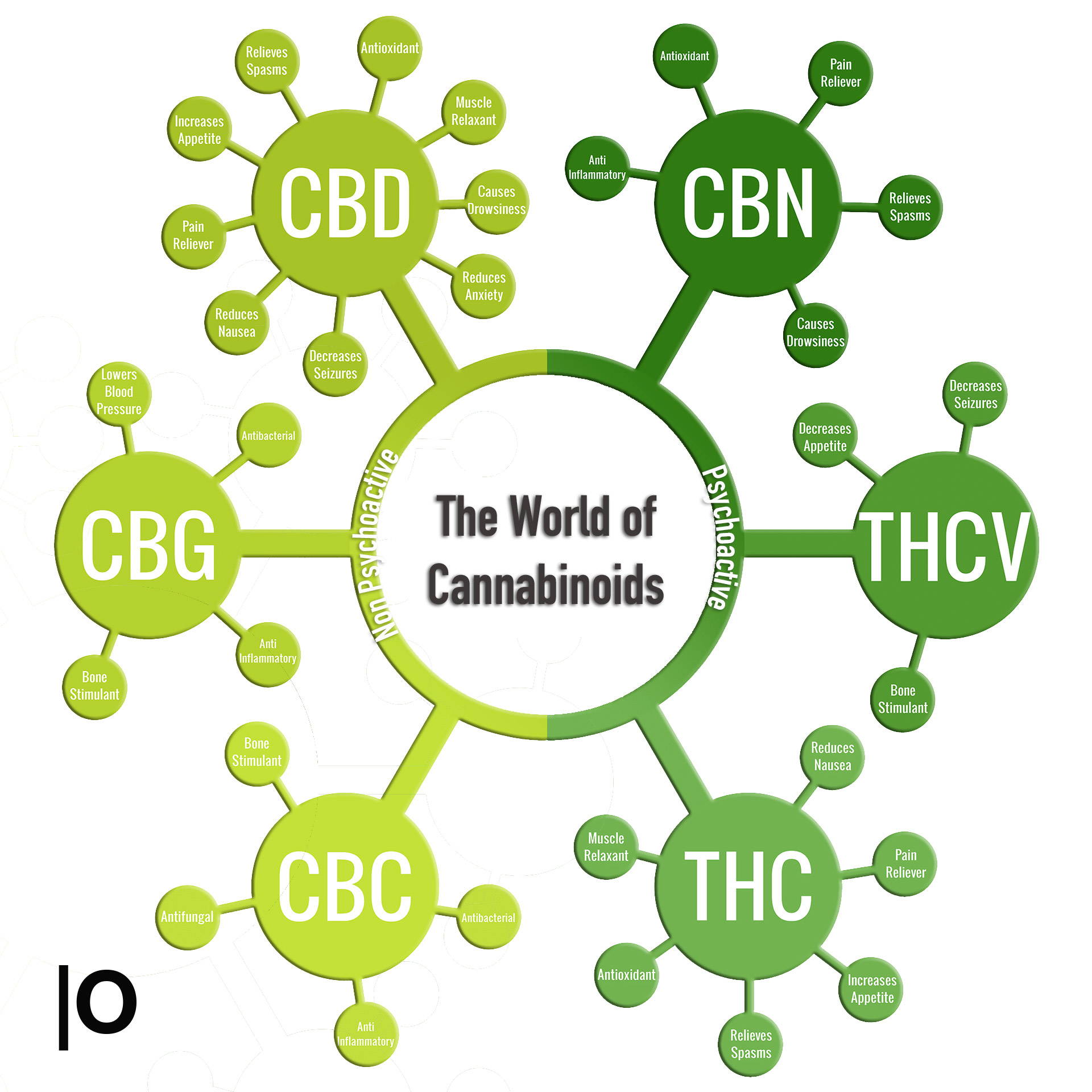 In short, cannabinoids are found in the cannabis plant. And although the exact number isn’t known, there are over 100 different cannabinoids—all boasting their own health benefits.

What’s really fascinating about these cannabinoids is that your body was literally designed to benefit from them.

Your body—and the bodies of all mammals—have what’s called an endocannabinoid system (ECS). And your ECS is home to these things called CB1 and CB2 receptors, which are found all throughout the body (in your brain, nervous system, liver, immune system, etc) (1).

So, when CBD enters your bloodstream, it attaches to those CB1 and CB2 receptors and puts your body back into balance (or, homeostasis, if you want to be more scientific). It’s the underlying reason as to why we experience such profound health benefits when we consume cannabinoids like CBD.

The History of Cannabis and its Cannabinoids

Cannabis has an interesting history…

It has been cultivated for thousands of years, with its first use being a fiber to make rope. And despite its age, we had no knowledge of its pharmacological properties until the 19th century.

Yes, cannabis has been used medicinally for centuries dating back to 10,000 to 3,000 B.C. in Central Asia and western China, but the actual compounds were not studied until cannabinol (CBN) became the very first compound to be isolated in its purest form (2) (3).

The cannabinoids that followed were CBD by Mechoulam and Shvo in 1963 and THC the following year, isolated by Gaoni and Mechoulam (4). Since these huge discoveries in the 60s and the discovery of CB1 and CB2 in the 90s, cannabis’ list of benefits has been growing fast (5). 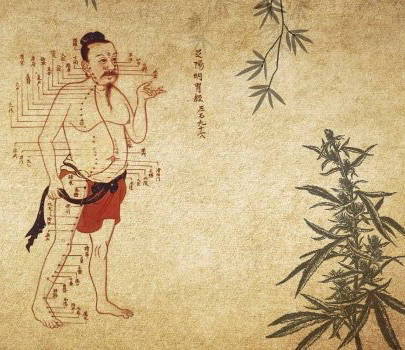 The Benefits of Cannabinoids

The benefits of cannabinoids are greater than we can comprehend—as there are still many studies to be done on the 100+ chemical compounds.

Below, we’ve managed to compile a list of the Top 6 benefits of cannabinoids…

In a time where chronic pain is prevalent among 15-30% of adults worldwide, CBD is looking like a satisfactory treatment.

In one study, 131 patients were recruited from a private pain management center. 91 patients— ages 30 to 65 years old—consumed 30mg of CBD every day for 8 weeks. The results are outstanding—with over half of patients (53%) having reduced or eliminated their opioids within 8 weeks after adding CBD-rich hemp extract to their regimens (all 97 patients had been on opioids for at least one year). Whatsmore, 94% of the chronic pain patients even reported greater quality of life (6).

The reason why CBD is so effective at reducing pain is because of its ability to block the communication of your nervous impulses (we have our CB1 receptors to thank for that—as CBD activates the receptors in the brain, spinal cord, and peripheral sensory neurons, thus reducing the pain).

The number one people use cannabinoids like CBD? Anxiety.

With a world that’s always on the go go go, anxiety is becoming increasingly prevalent.

Luckily, with CBD’s calming, non-psychoactive properties, there has been a recent surge in scientific publications documenting CBD’s value in neuropsychiatric disorders including epilepsy, anxiety, and schizophrenia.

In one study, the anxiety of 72 adult patients suffering from anxiety was documented monthly. By the end of the first month, anxiety decreased in 57 patients (79.2%) and remained decreased for the entirety of the study (7).

L|ONES for Calm is a perfect place to start in reducing that elephant-like feeling of anxiety on your chest. Just a few drops of our organic MCT oil and natural hemp leaf extract and you’ll be feeling blissed out in no time

In a study conducted by Scott Shannon, MD, 72 patients came to him with either anxiety (47 patients) or poor sleep (25 patients). And in just one month, sleep improved in 48 patients (66.7%), but fluctuated slightly over time (7).

If you’ve ever struggled with falling asleep and staying asleep, L|ONES for Sleep will give you all the Zzzz’s. You’re ensured to get one of the best nights of sleep of your life.

Where many people opt for pain relievers like Ibuprofen, CBD may be your best, safest, and most effective alternative.

And luckily, CBD is no longer on the World Anti-Doping Agency as of 2018, so athletes can finally benefit from its anti-inflammatory wonders (8).

In one study, a high dose of CBD (60 mg/kg) showed to improve muscle strength and coordination, as well as reduce tissue degeneration (10).

If you’re an athlete or you call the gym your second home, L|ONES for Sport is essential for relaxing those tight, sore muscles of yours. It does the work for you by eliminating inflammation and swelling—which is the root cause of that pain or irritation you feel after an intense workout.

When it comes to increasing pleasure, there’s a strong link between cannabinoids and dopamine (11).

When cannabinoids like THC are consumed, they target the CB1 receptors in the brain, which then increases the release of dopamine, glutamate, and acetylcholine, causing you to feel more aroused, happy, and motivated (4).

Because endocannabinoids help build muscle from proteins and nutrients, they increase the intake, promote storage, and decrease the expenditure of energy, which ensures energy balance (12).

That’s why we love L|ONES for Balance, which restores your sense of balance and serenity, helping you to be mindful during your daily routine.

Are There Any Side Effects from Consuming Cannabinoids?

The cannabis plant and its 100+ cannabinoids still require a lot of research.

Luckily, with cannabinoids like CBD, there have shown to be very few side effects. The very mild side effects reported by some individuals include dry mouth, low blood pressure, lightheadedness, and drowsiness, with a far less common side effect being signs of liver injury (14).

Despite this, cannabinoids are continuously being touted as a popular treatment in modern-day medicine (15).

We have a lot to thank cannabinoids for...

Without cannabinoids and our endocannabinoid system to go along with it, we’d still be relying on the dangerous side effects that opioids have to offer.

With a plant like hemp, there’s hope on the horizon for those struggling with conditions like chronic pain, anxiety, and sleep quality. The go-to supplement for energy is caffeine. But is there something better—and healthier—we can do to feel more energ...
Read More Strengthening your immune system has never been more important. Decrease your chances of getting sick with these 6 pr...
Read More Insomnia affects up to 60% of people worldwide. We all crave more (and better) sleep. And lucky for you, we have 8 h...
Read More
Back to L|ONES Blog
Use left/right arrows to navigate the slideshow or swipe left/right if using a mobile device